Nothing Was Missing, Except Me 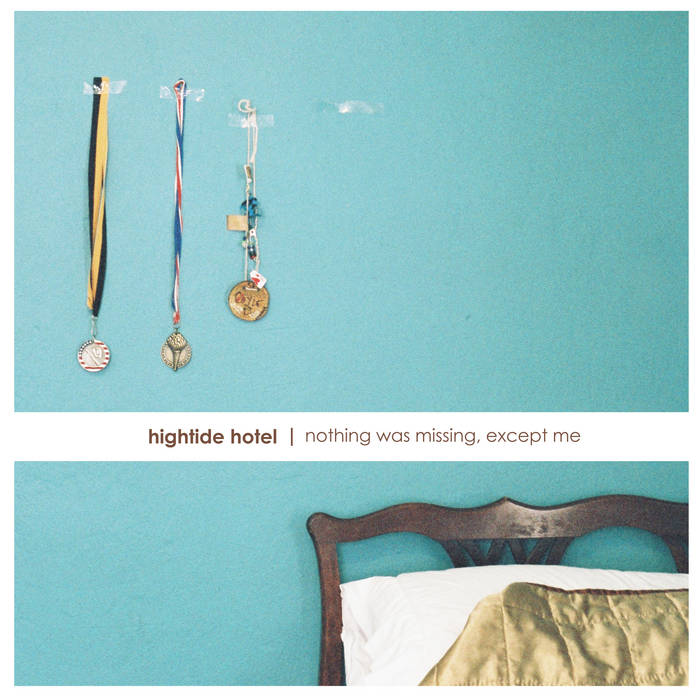 "Nothing Was Missing, Except Me" doesn't walk much middle ground. The debut LP from Philadelphia's Hightide Hotel comes off as either hauntingly mellow or completely frantic, depending on the song and perhaps one's own perspective. Either way, the entire record is underscored by the sense of desperation that Hightide has always so eloquently conveyed. The contrasts are stark and capture pretty accurately what it's like to be satisfied one minute and have the rug pulled out from under you the next.

Produced by Algernon Cadwallader's Joe Reinhart, "Nothing Was Missing" serves as yet another testament to Philadelphia's consistent ability to yield amazing bands. Expect potent, emotive jams in the vein of ALGERNON CADWALLADER.

This album is available as a donation-based download. You can get the pre-order exclusive clear vinyl version of the record at our webstore (runneruprecords.bigcartel.com).

All songs written and performed by Hightide Hotel.

Recorded in Philadelphia, PA between August 2009 and October 2010

Bandcamp Daily  your guide to the world of Bandcamp